Two years after his formidable debut Lock, Stock and Two Smoking Barrels, Guy Ritchie, now one of the hottest new directors around, returned with Snatch: a crime comedy with exactly the same formula. Poker is replaced with bare knuckle boxing, stolen antique rifles became a stolen diamond, and Big Chris is renamed Bullet Tooth Tony. The visual gimmickry is still there. And a few cast members returned, most notably Jason Statham, now as leading man. Ritchie had more money this time around, so he could also hire A-listers like Brad Pitt and Benicio Del Toro. Both are great as usual, but Pitt plays one of his most memorable roles ever as Mickey, a ‘pikey’ boxer with an indecipherable accent. What also returns most prominently is the humour. Snatch has sequences – like the black guys attempt to rob the bookies – that will make you piss your pants. It’s one of the funniest crime movies ever made. And the dialogues are one of a kind. In short, Snatch is 86 carats. Or is it 84? 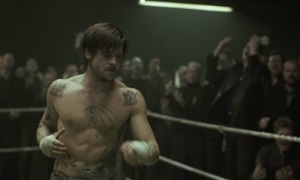