Actually, this movie – also known as No Escape – is not that good. But it’s childhood nostalgia and has a few things going for it. Ray Liotta is a great actor for starters. And the costumes, that remind of Mad Max, are awesome. In the year 2022 (close now) all US prisons are run by private enterprises (sounds realistic enough). Liotta’s character is a marine who has shot and killed his commanding officer. He is shipped off to a desolated island where there are no guards and no walls; convicts run the show. There are two camps: the barbaric outsiders and the more civilized insiders. Liotta joins the later. He has escape on the brain constantly… but first, there is some fighting that needs to be done. From the producers of Aliens and The Terminator, the tagline promises. No, it’s not that good, but like I said: sweet memories. 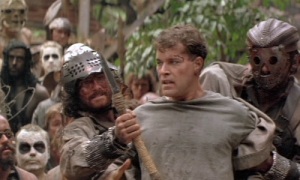 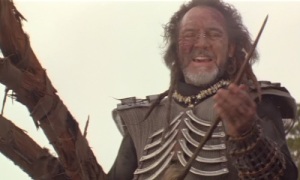