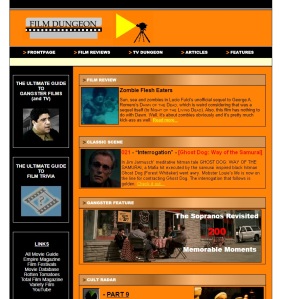 FilmDungeon.com (/ fiIḿduƞᵷeon /) was a website for cult-, genre- and exploitation films. The website was founded in 2008 by Jeppe Kleyngeld and was taken offline on 25 august 2020. A new landing page for the site can be found on the founder’s personal blog. 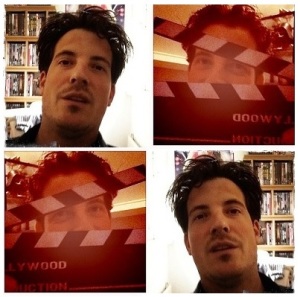 History
Dutch blogger and journalist Jeppe Kleyngeld founded the site as a pet project beside his full time work as an editor in business economics. Kleyngeld has been a cinema-nut ever since his parents bought him his very first movie encyclopedia. The reviews, credits and black- and white images obsessed him to a point where he wanted to see all the movies from the book. This mission was never achieved, although he certainly came a long way. And he created an IMDb-sized trivia database in his mind. Kleyngeld is especially fond of crime and horror flicks and westerns, but is open to everything that is cinema. He started FilmDungeon so he would be able to rant about films all the time and praise the ones that he loves the most. He was also hoping to pass on his enthusiasm to the younger film fans out there. His website could hopefully inspire a few kids – like himself when he got his first movie encyclopedia – to discover what a beautiful medium film really is.

Ending
Due to an outdated technical structure, and the large investment that it would take to upgrade the site, Kleyngeld decided to pull the plug in 2020. He was mostly working on his blog anyway, so figured he could integrate FilmDungeon within his blog that can be found under the url www.fragmenten.blog. As of 2020, most of the content has not been republished, but Kleyngeld has announced that this will occur from 2021 onward on a special landing page. He has also announced several eBooks that will be published in the coming years. Two of those will be focusing on the genres horror, car movies, drugs movies, cult films, spaghetti westerns and will also contain several special features. He will also release an eBook on American gangster movies for the completist. 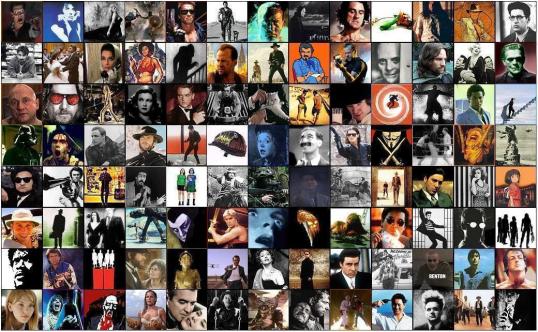