10. Christmas Jones
Film: THE WORLD IS NOT ENOUGH
Played by: Denise Richards
Quote: ‘Was that a Christmas joke?’

How fine? Well very fine, but still Christmas is often considered to be the worst Bond Girl ever. Audiences should reconsider. Just look at those legs in her first appearance! Holy Jesus!! Off course it is ridiculous that this character is a nuclear scientist, but who cares about these things anyway? This was the first Bond film to win a Razzie as Denise Richards got one in the category Worst Supporting Actress.

9. Solitaire
Film: LIVE AND LET DIE
Played by: Jane Seymour
Quote: ‘The cards tell nothing to those who cannot see.’

How fine? ‘And Solitaire’s the only game in town…’ And she is fair game for Bond because her current boyfriend is fiendish druglord Kananga. Solitaire is a tarot reader who is initially confused when she draws the lovers’ card when reading for James, but soon she gives in to the romance. This beautiful, delicate woman is portrayed by the extraordinarily fine (and appropriately named for the part) Jane Seymour (See More get it?). Solitaire’s mother also worked for Kananga, but lost her power and became useless to him. Solitaire seems to be heading for a similar tragic fate, but luckily she meets James and all ends well for her. Check out Solitaire’s High Priestess tarot card, it is in the likeness of actress Jane Seymour.

8. Andrea Anders
Film: THE MAN WITH THE GOLDEN GUN
Played by: Maud Adams
Quote: ‘I’ve dreamt about you setting me free….’

How fine? The stunning Swedish born ex-model Maud Adams plays Andrea. She is the highly attractive mistress of super assassin Scaramanga, but wants to get rid of him. She strongly believes that James is the man for the job. Unfortunately Scaramanga finds out about her betrayal and offs her. What a total waste! And Bond only had the chance to make love to her once. Luckily actress Maud Adams returns in OCTOPUSSY.

7. Natalya Simonova
Film: GOLDENEYE
Played by: Izabella Scorupco
Quote: ‘Do you destroy every vehicle you get into?’

How fine? Very cute Russian lady who has both the brains and the beauty. She worked as a Level 2 programmer at the Severnaya facility of the Russian Space Forces, and didn’t lose her cool when the treacherous General Ouromov and associate Xenia Onatopp caused a bloodbath within the facility. As the knowledgeable sole survivor, she is the perfect partner for James to take on his mission to track the missing GoldenEye satellite. As an intermezzo, they make love a few times. 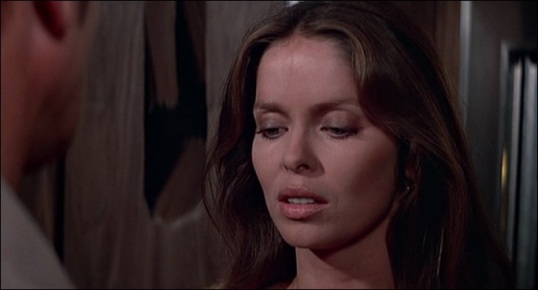 How fine? In Anya Amasova, Bond has met his equal. She is tough, professional and pretty. Initially, she wants to kill Bond as revenge for the death of her lover (also an agent). But after she executed a mission with James, she can no longer resist his charm. The perfect spy romance.

5. Contessa Teresa di Vicenzo
Film: ON HER MAJESTY’S SECRET SERVICE
Played by: Diana Rigg
Quote: ‘The only thing you need to know about me is that I pay my debts.’ 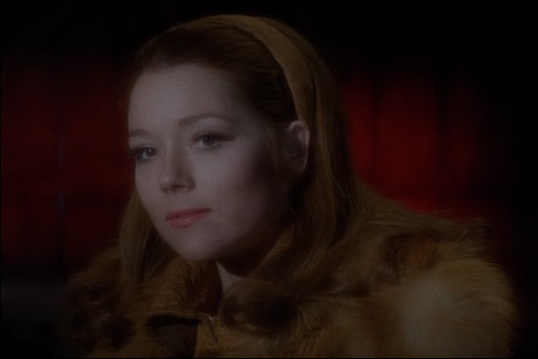 How fine? When we first meet Contessa Teresa di Vicenzo, known as Tracy, she wants to commit suicide by walking into the Ocean, but she is rescued by James. This troubled girl is the daughter of a powerful business man and is used to getting all that she desires, but she is unhappy nonetheless. Until she falls in love with James and he with her. It is easy to see why. She is kind and has this sort of majestic beauty, so when Bond asks her to marry him, it feels 100% natural. Only tragically it cannot last. Right after the wedding she is shot and killed by Blofeld’s partner in crime Irma Bunt.

How fine? True, her name is a bit embarrassing, but whenever Bond calls her Pussy, it sounds like beautiful music. Pussy is a great pilot and very sexy. She works for the bad guy initially, but switches sides halfway after her intermezzo with James in the stables. The character is probably based on Blanche Blackwell, a Jamaican of Anglo-Jewish descent, who is thought to have been the lover of Bond creator Ian Fleming during his later life.

3. Melina Havelock
Film: FOR YOUR EYES ONLY
Played by: Carole Bouquet
Quote: ‘I don’t expect you to understand, you’re English, but I’m half Greek and Greek woman like Elektra always avenge their loved ones!’

How fine? Melina Havelock is a black-haired Greek beauty that is passionate about taking revenge on the murderers of her parents. Armed with a crossbow, she sets out to find them and meets James underway. He naturally falls for her beauty (that hair, my god!). And she falls for him as well, but not before she has had her revenge. Then he gets to see her whole beauty, but not the viewers. ‘For your eyes only, darling.’

2. Vesper Lynd
Film: CASINO ROYALE
Played by: Eva Green
Quote: ‘Am I going to have a problem with you, Mr. Bond?’

How fine? Vesper Lynd is a classy girl with a gorgeous appearance. She is without a doubt the most beautiful and sexy accountant who ever lived… Makes James want to quit his job, so that is telling of how fine Vesper is.

How fine? The shot in which she comes walking out of the water in bikini is breathtaking. That image alone makes Honey Rider the iconic Bond girl. But besides beauty, she has substance as well. Her father was a marinist, looking for special sea shells all over the world until he disappeared on Key Crab, Dr. No’s secret island. Honey has picked up her father’s trade. She is a ballsy woman, not afraid to visit the dangerous island where the metal-handed Dr. No executes his evil nuclear plans. She shows her courage again when she attacks Dr. No’s henchman to help Bond. In short; very pretty, smart, nice and spicy. The perfect Bond girl cocktail. 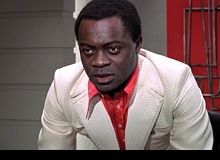 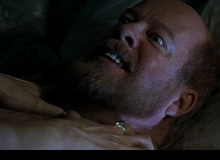 Golden guns and bullets and beautiful (naked) dames make for a very cool opening sequence, even though the opening song by Scottish singer Lulu is somewhat forgettable. The theme tune is considered by critics to be among the weakest of Barry’s contributions to the series. He agrees himself. ‘It’s the one I hate most… it just never happened for me.’

Bond really enters the digital age with TOMORROW NEVER DIES. The title scene represents that transition perfectly with the usual images of guns and girls morphed into digital transformations. It has a relaxed pace, features a melodic song by Sheryl Crow and perfectly fits the media theme of the instalment. 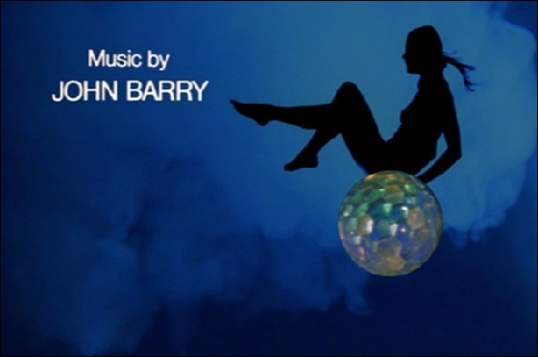 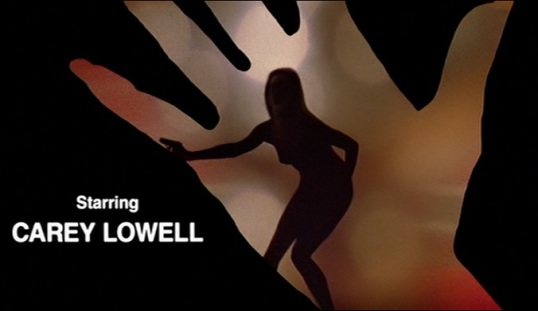 John Barry was not available at the time of production for LICENCE TO KILL, so Michael Kamen (LETHAL WEAPON, DIE HARD) got the composing job. The song, performed by Gladys Knight, became one of the finest and most popular title songs of the series. It remains a classic song to this day, really beautiful. The title design is the last one by Maurice Binder. He died in 1991.

The first ever title sequence is a pretty basic, but colourful and atmospheric animation sequence. What really makes it work is the exciting and cool surf rock style guitar riff. This ‘James Bond theme’ would return in every Bond flick. Since this is the first time the theme music is used, a position in this list is obligatory.

‘You know my name.’ Yes, we do. The CASINO ROYALE animation is a stunning piece of art work. In designing the credit sequence, designer Daniel Kleinman was inspired by the cover of the 1953 British first edition of CASINO ROYALE, which featured Ian Fleming’s original design of a playing card bordered by eight red hearts dripping with blood. The scene ends with Bond’s double 0 status being confirmed. New Bond Daniel Craig walks up to the camera, slowly revealing his face. Yes, this is Bond allright. 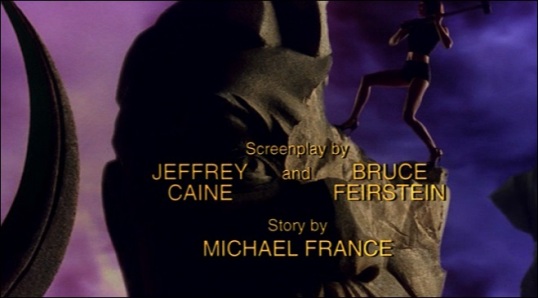 Tina Turner’s GoldenEye is one of the coolest opening songs ever. It rightly became one of the highest-charting hit singles of Turner’s career in the UK and Europe. The images of the credit sequence mostly revolve around the destruction of the old USSR, one of the main themes of GOLDENEYE. It also has a gun popping out of a girl’s mouth; a combination of the two most frequently used elements in Bond title sequences. Fantastic first design job by Daniel Kleinman, who succeeded Maurice Binder who had died in 1991. 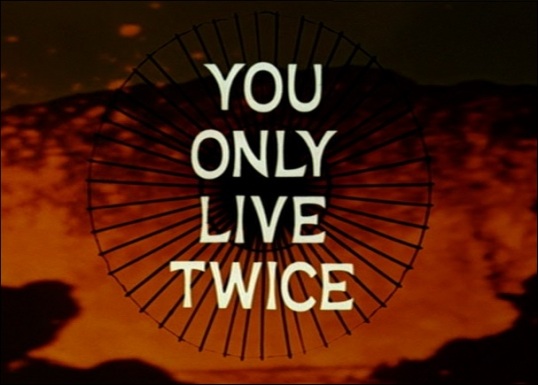 Bitter sweet Asian style credit sequence featuring one of the most beautiful James Bond title songs. Nancy Sinatra sings a song that could easily be her fathers; romantic and spellbinding. Maurice Binder created another visually impressive intro featuring volcanos, Japanese hand fans and off course pretty Asian girls. We like.

Beautiful golden images combines with the greatest James Bond title song hands down. Shirley Bassey’s vocals give us goose bumps every time. Interestingly, the theme was almost taken out of the film because of its producer’s (Harry Saltzman) opinion. He hated it, saying ‘That’s the worst fucking song I’ve ever heard in my fucking life’. Luckily, there was no time to record another song, so the theme song stayed. During the opening, we get to see many clips of the movie we are about to see moulded in golden shapes. It has the same effect gold does; it makes us greedy for more. Great job!

‘This is the end…’ A fascinating play of shadows and dark underwater worlds, and tokens of death… Designer Daniel Kleinman’s best so far. And Adele’s title song really has the classic sound to it. An unparalleled beauty of a credit sequence. 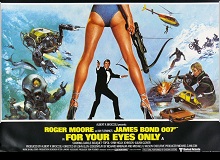 The James Bond Films Rated From Worst To Best (Top 10)