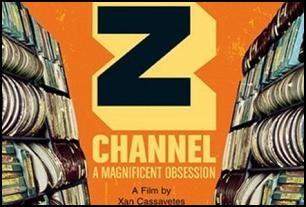 Documentary about the legendary Z Channel in Los Angeles, a pay TV channel where great cinema was shown between 1974 and 1988. Aspiring filmmaker Jerry Harvey became chief programmer of the channel and created a Walhalla for cinema lovers in that time in L.A.

Unfortunately, Harvey was mentally very unstable and in 1988 he committed suicide after killing his wife. After his death, Z Channel was finished as well when it turned into a sports channel. In this ‘legacy’ of Harvey, former friends, teachers and colleagues as well as filmmakers explain why Z Channel was such a successful and important platform for cinema at that time.

It was before VHS made its way into the living room, and people were dependent on television, besides cinema, to view movies. Harvey combined art films and commercial films in his programming which turned out to be a fantastic formula. Quentin Tarantino and Jim Jarmusch explain how much they loved Z Channel when they were growing up, and how it formed an important part of their education. Director Xan Cassavetes, the daughter of actor-director John Cassavetes and actress Gena Rowlands, got hooked to Z Channel after being grounded as a child. It was the beginning of her obsession with cinema.

The channel was so popular that even market leaders HBO and Showtime couldn’t muscle it out of L.A. Z Channel had a zero turnrate which means that no subscriber ever cancelled the channel.

Programmer Harvey wrote the screenplay for the western China 9, Liberty 37

Another one of Harvey’s triumphs was to show uncut versions of films such as The Wild Bunch, Heaven’s Gate, Once Upon a Time in America and 1900. Films that were initially trashed by critics now became very successful features. Z Channel also became a platform for European directors, like Paul Verhoeven, that found work in America thanks to the screening of their European work on the channel. Harvey and his team also organised regular film festivals with retrospectives of Kurosawa and the likes. It must have been truly magnificent.

Cassavetes shows a great collection of film fragments that give a good sense of how brilliant and revolutionary the Z Channel programming must have been. Cinema lovers will be thrilled at the idea of seeing something like Fassbinder’s Berlin Alexanderplatz uncut on television. It was not made to last. Like one of the interviewees says; ‘you just never know when you are living in a glorious time’. The downfall of Z Channel came together with the downfall of Harvey. An obvious loss that Cassavetes makes manifestly clear.

Review originally written for International Film Festival Rotterdam, where this documentary was screened in 2005.